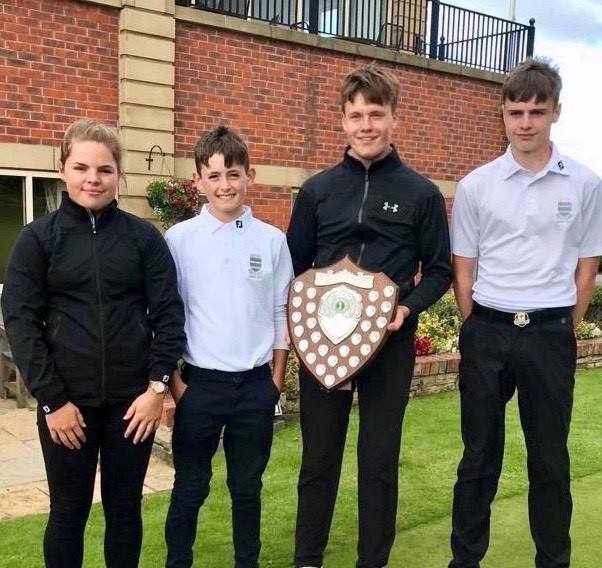 The golf played in the Final was a delight to watch for the spectators and it was Huddersfield’s Captain Ben Walker just getting the better of his Union team mate George Hanson on the first extra hole after the former had won their clash as the top two players have a sudden death play-off for the title.

Jess Hosking, James Robertson and Tom Green along with Walker battling away to a 4-4 draw to set up the exciting finale. We now await the details of the Regional Final and the opportunity to set up the chance to defend our National Title.

There has also been success for their Academy team, who have won their league.

Made up of players aged between 10-14, Daniel Henbest, Rudy Brown, Oliver Sturdee, Jay Robinson, Ryan Tempest and Finlay Steel all played their part and found their form at the back end of the season to seal the victory.

Once again our Junior Section are doing us proud and are going from strength to strength.