The discovery of pottery and artefacts at Fixby, from Roman times, suggest that the Roman Road from Tadcaster(Calcarice) to Manchester(Mancuniam) passed near to where Fixby Hall now stands. The fort of Cambodunum (Slack) was built just a few miles away.

The warlike people of the area, the Brigantes were finally conquered and they were eventually made subjects of Rome by Petilius Cerealis c. AD 75.

​Following the Norman Invasion the first mention of Fixby appears to be when Sir Richard de Thornhill of Thornhill Lees (1228-1287) married Matilda de Fixby also of Thornhill. They had 4 children and at this time the de Thornhill line moved and created Fixby Hall Estate. This was during the reign of Henry III (1216-1272).

Was Sir Richard de Thornhill Lees, the ‘Poore Knyght’ referred to as ‘Sir Richard of the Lees’ in the ‘Geste of Robin Hood’?

The Thornhills were English nobility, descended from Anglo-Danish landholders of Yorkshire. Much of their holding was in the Calder Valley between Pontefract and Dewsbury. The family fought with Harold at the Battle of Stamford Bridge 1066. Their ancestor Gamall is mentioned in the Domesday Book 1085. The Thornhills settled and established themselves near to Dewsbury at Thornhill Lees. They also held the sub manor of Midgley, hence the similarity between the Arms of Midgley and Thornhill.

Little is known about the early history of Fixby Hall, some of the stonework on the easterly elevation indicates the wall as being of a much earlier date than the other external walls. The building probably evolved over the centuries before being modernised in the mid 18th century to the current Georgian style.

The Orangery was built in 1786 as a wedding present from Thomas Thornhill to his bride Eleanor Lynne. The pediment over the door bears the coats of arms of both families. The Thornhill family lived full time at Fixby Hall until 1809 when they moved to Norfolk and the building was divided into three livings.

Their daughter Clara Thornhill, whose magnificent portrait hangs in the clubs dining room, inherited Fixby and later bought Rushton Hall in Northamptonshire. She became a personal friend of Charles Dickens and it is thought that he gained his inspiration for Haversham Hall in Great Expectations from his visits to Fixby.

There are records of a number of different tenants over the next 80 years, including Richard Oastler the well known local factory reformer. Oastler moved from Leeds to Fixby Hall on 5 January 1821, and applied himself to his new duties as Steward of Fixby Hall. The estate contained at that time nearly one thousand tenants, many of them occupying very small tenures.

Richard Oastler devoted much of his life to the reform of child employment laws in Victorian Britain. His stand created many enemies amongst his peers. However, his persistence was rewarded with the introduction of the 10 hour bill and the first Factories Act was his legacy.

At the time the Golf Club started renting ‘Rooms in Hall’ at Fixby in 1892, the building was empty. The club paid £20 per annum until 1895 when the rent was raised to £50. The golf club has leased the property from the Thornhill Estate since 1899. 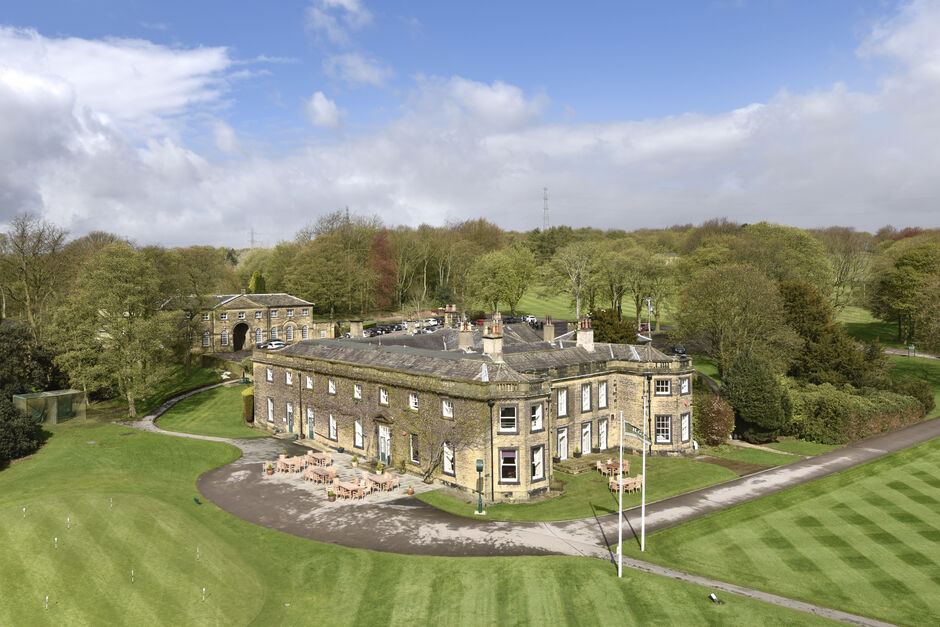