There are no news items at the moment 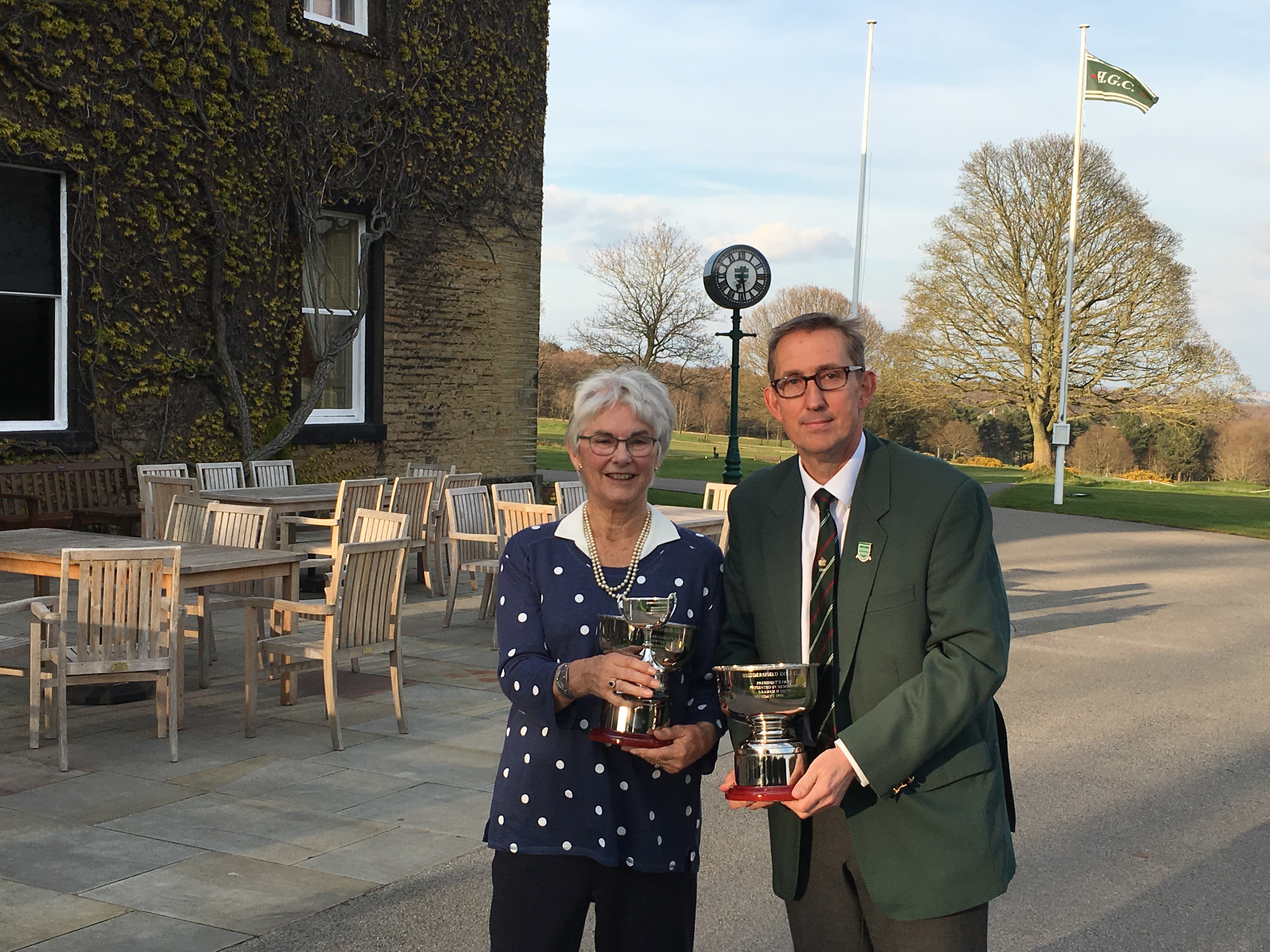 The Smith Family and close friends of Graham have donated 3 trophies to be competed for at Fixby this year. The winning pair in President's Day as well receiving the Angus Smith Bowl will also have an individual trophy each to keep for the year in memory of Graham Smith. The Smith family are intrinsically linked with President's Day with Angus serving as President from 1979 - 81 and his son Graham from 1998 - 2002. In addition a new prize will be awarded to the leading score by a Fixby member in the Junior Open.

Sheila Smith pictured with Club President Charles Webb and the new trophies said, 'Graham was a great supporter of Junior Golf  and it is great that there will be a prize going to the leading club member at the Junior Open as well as for each of the winners on President's Day.' The Trophies have been made by Thomas Fattorini Ltd of Birmingham and the Junior Open is scheduled for 14 July and President's Day 22 September, both Sundays.